The vast variety of goods one can find in Asian countries is often overwhelming to American senses, given that what you find in the West is mostly limited to snack goods, soft drinks, and sometimes coffee. This of course, is not the case in Japan and China, where you can find almost everything imaginable available from a vending machine, if you so desire.

China is taking this adage one step further now with the opening of its first car vending machine. In a partnership between Ford and the Chinese retail giant, Alibaba, the  vending machine will allow customers to test drive a variety of cars, with the touch of a button on their smart phone. Of course, there’s a catch to the “Super Test-Drive” center as the cat shaped mega machine is called. Drivers can test cars for free, but only if they have a credit score of over 700. This type of social ranking in China has come into the spotlight recently, given that it’s related to government activity.

While some of the evaluations need to be opted into, those who do start with a score of 550, which can then increase or decrease. A similar scenario was recently depicted on the show Black Mirror in a chilling twist of art imitating life. 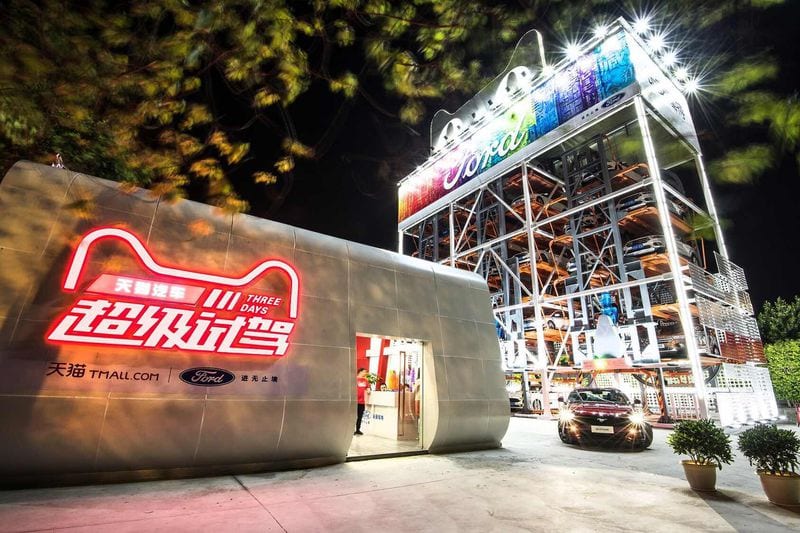 In order to use the vending machine, hopeful drivers select the car they wish to test out from an app on their phone that pairs with the digital garage. They can then go so far as to schedule a pick up time, but upon arrival will have to confirm their identity, in order to prevent others from driving in their place.

Within 10 minutes, their car of choice will be brought down to the road. Unlike test drives in America, however, Chinese customers can test the cars for three days, in order to see how they handle in multiple scenarios.

According to the latest FBI research, there are approximately 1.4 million active gang members in ...

Model cars are not just kids’ toys anymore! Some people have an urge to collect miniature car ...