A 1951 Vincent Black Lightning sold for $929,000 at auction in Bonhams auction house in Las Vegas, making it the most expensive motorcycles ever sold. This hefty price tag came despite no restoration done on the vehicle and is before additional fees. After all the extra dues, the final price likely hit $1 million. 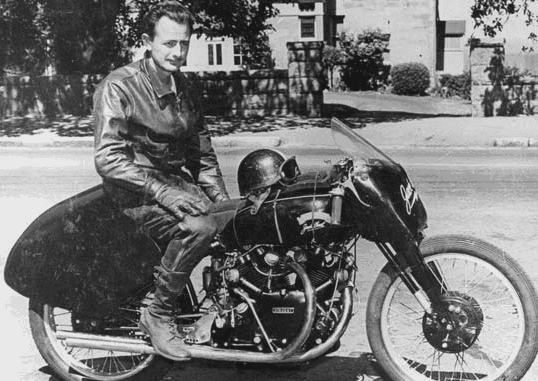 The Vincent Black Lightning model made history when it broke the Australian land-speed record in 1953a time before helmet laws. The motorcycle clocked in at 141 miles per hour, although it was officially timed at 122 miles per hour. The custom-ordered vehicles were equipped with a 998cc engine.

Years after the company went out of business, the bike was still firmly in Hunter S. Thompson’s mind when he compared riding a Ducati to riding a Vincent, noting that “there is a fundamental difference … between the old Vincents and the new breed of superbikes…” For if you drove a Vincent “at top speed for any length of time, you would almost certainly die.” 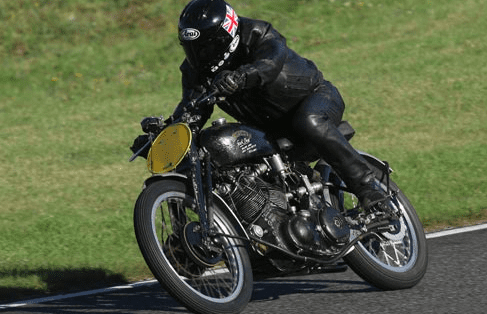 The defunct motorcycle company ceased operations in 1955, so this brand may not be familiar to all enthusiasts, but the Vincent motorcycle brand may ring a bell to those who have seen or read Fear and Loathing in Las Vegas. Thompson’s attorney, Dr. Gonzo (real-life Oscar Zeta Acosta), suggests Hunter buys a Vincent Black Shadow before their drug-fueled trip to Las Vegas. These were the standard model the Black Lightning was built off of. Incidentally, the Black Shadow is also Jay Leno’s favorite motorcycle.

Vincent only built 34 Black Lightnings, so these are hot commodities when they are available. Out of those 34, only 19 are reportedly left. The last Black Lightning was sold at auction for a cool $293,423 back in 2008. Ten years later, adjusted for inflation, it appears they’re more in demand than ever. Too bad Vincent

The Bizzarrini P538 was launched late in 1965 as a rear-engined race car by Scuderia Bizzarrini. ...

It's hard to believe that a single man's passion for Corvette pace cars has made such history over ...

Lewis Hamilton is a race car driver and four-time Formula One race champion. He is part of ...