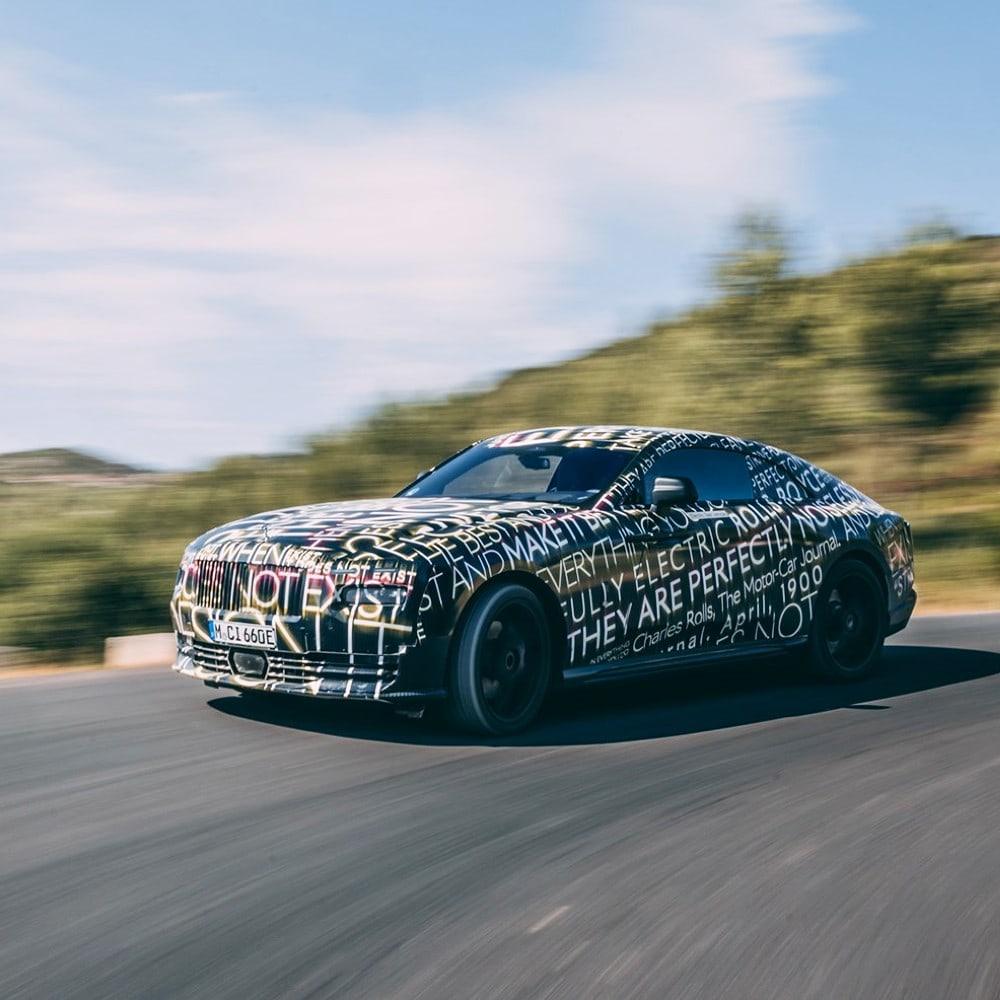 The much-anticipated Rolls-Royce Spectre has finally revealed its production version. The brand-new, all-electric car was announced in late 2021, tested extensively throughout 2022, and is due to hit the market in late 2023. Let’s have a closer look at the EV.

Rolls-Royce Spectre is a four-seat coupe with a long body and low two-door. It’s propelled by an electric motor positioned on each axle. The car is built on the signature new version of aluminum chassis, which is also employed in the current models of the brand, like Ghost and Phantom. Making 664lb ft and 577bhp, the new Spectre offers a range of 323 miles with an efficiency of 2.9 miles/kWh and a drag coefficient of just 0.25. Undoubtedly, it’s the most aerodynamic Rolls-Royce so far.

The model is also the stiffest, by 30%, and the heaviest design ever with 2975kg of weight. These features come largely due to the battery integrated into the structure. The car also features the widest grille ever and the new version of the ‘Spirit of Ecstasy.’ This new-look mascot is the result of vigorous wind-tunnel testing and modeling of 830 hours. In total, the Rolls-Royce Spectre is 1559mm high, 5453mm long, and 2080mm wide, with a 3210mm wheelbase. The car has all-wheel steering and all-wheel drive. While the standard wheels are 23 inches, the suspension is a fine evolution of the brand’s adaptive Planar system, using smart software and sensors. 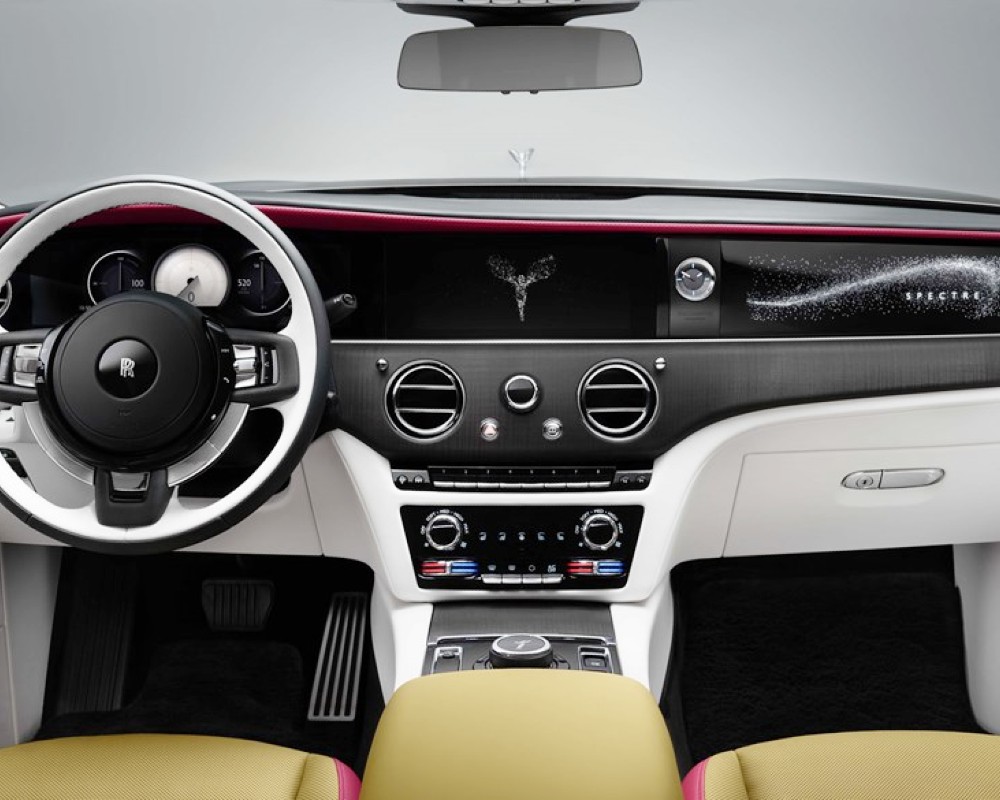 In proportions and general stance, this production version closely resembles the Phantom Coupe. But, many of the design lines are more influenced by yacht design, a popular theme among dedicated customers of the brand. Personalization is also offered in this model, with several designs involving intricate LED lighting all over the façade. The car’s interior delivers a low luxurious environment and a traditional vibe with lots of switches and buttons. 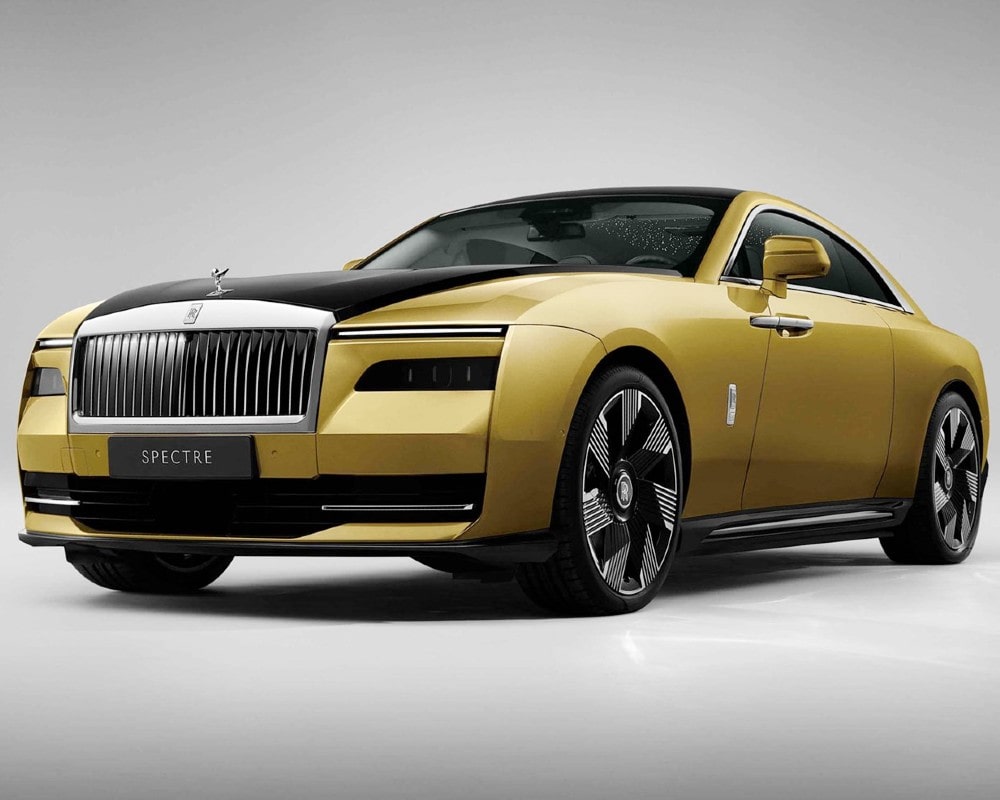 The approach of design director Anders Warming was to make the model a Rolls-Royce first, and an EV second. The model fully retains the brand’s signature elements of a luxurious feel and cosseting environment, with the soft touch of leather and the regal look of wood. According to Warming, this new Spectre is eyeing to pave the path for Rolls-Royce’s electric future, while working 100% with the core DNA of the brand and maintaining what it stands for. Clients can immediately recognize the poise, composure, and waft-ability, knowing that the car is a Rolls-Royce at heart with its monolithic, great and proud stature. As Warming aptly stated, the Rolls-Royce Spectre is a dynamic fine art on wheels.

Electric SUV Models Are Paradoxical by Their Very Nature

In the world of modern car manufacturing, a contradiction is becoming more prevalent by the day. ...