For the vast majority of homeowners, a garage is not high up on the list of importance when it comes to designing their homes.

However, Joerg Ineichen, a family therapist in San Diego, felt that his garage was one of the most integral components of his new home, and it had to be perfect.

Ineichen is an avid vintage Porsche collector, and not only did he want to drive his beautiful cars, he wanted to keep them in pristine condition, admitting, “the idea of having them close is very special.” 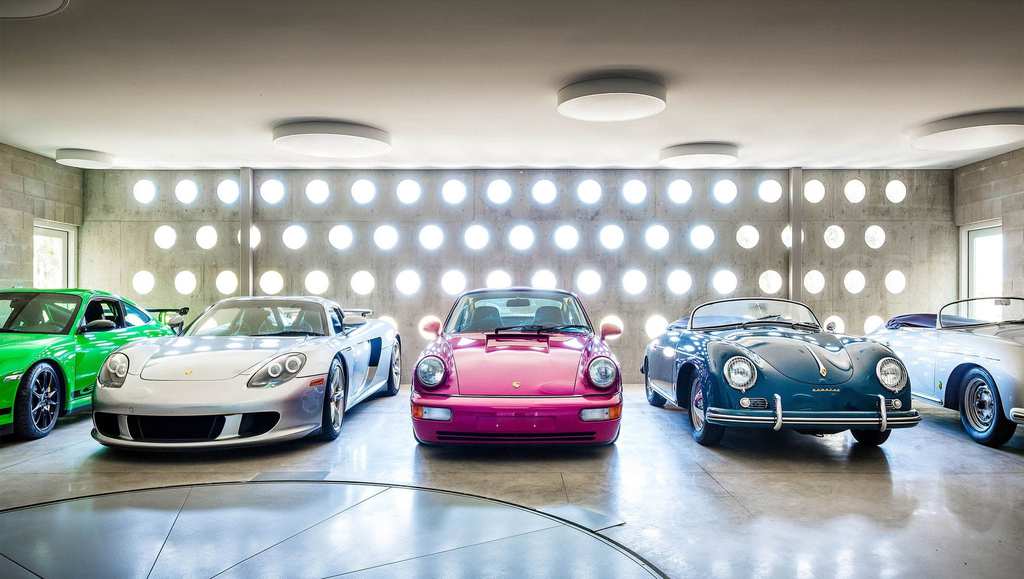 His dream became a reality when he was introduced to New York–based architect, Steven Harris, who totally understood Ineichen’s vision.

As it turns out, Harris is a vintage Porsche collector himself and has around 30 of the sports cars in different cities around the world. Harris was excited by Ineichen’s request and said “I’ve always wanted to design a little house with a big garage.” 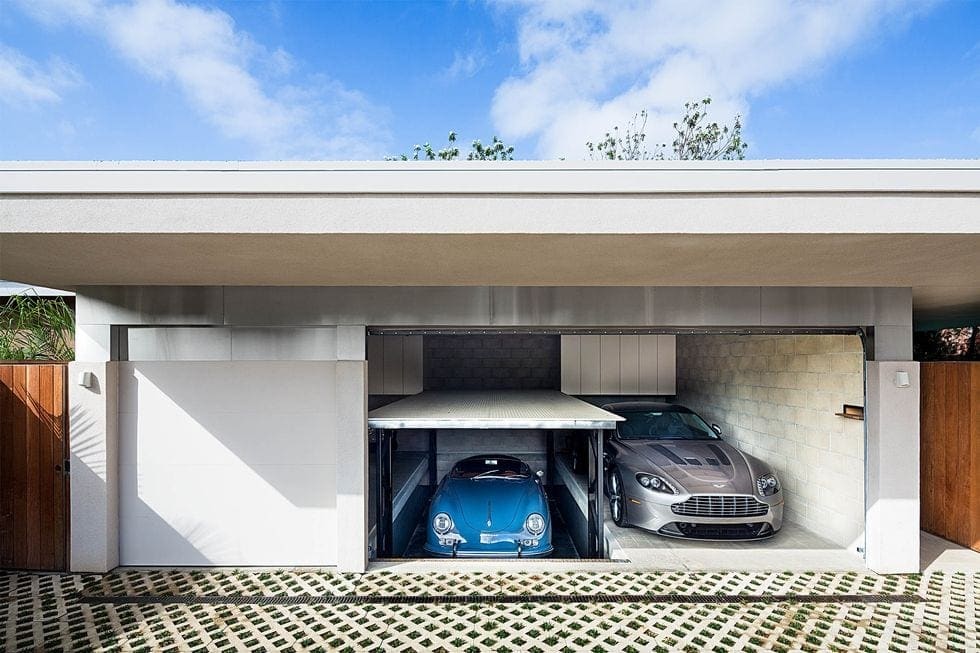 The two collectors met at a car show and immediately got talking about the plans for the house, and more importantly, the garage. Harris ended up designing a 2,500 square feet home, complete with garages that equally totaled 2,500 square feet.

The facade of the garage is home to Ineichen’s “everyday” cars, including a 2017 Toyota Tacoma TRD Pro and a 2006 Jeep Wrangler, but the lower level garage is what is really impressive.

Accessed through a car elevator, the secret garage houses a staggering amount of Porsche’s, all with eye-wateringly expensive price tags. It contains everything from a blue 1957 Speedster, a red 1992 964 RS and a silver 2004 Carrera GT. 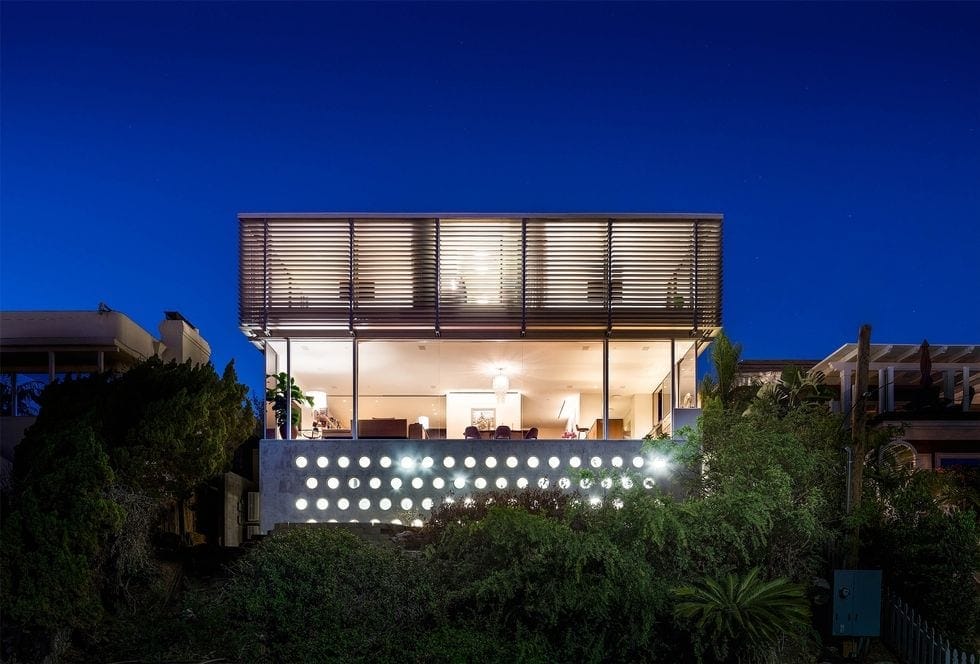 The rest of the house was designed sleek and stylish, yet simple, all modern of course. One of the main features when you walk in the gates is the 75-foot lap pool and a green outdoor space, that Ineichen spends most of his time in.

He admitted, “The house had to be understated. It’s my Swiss roots.” Of course, the garage is the real centerpiece of the home and architect promised that the project was amongst his favorites and he considered it, “a relative labor of love.”

Our lives can feel pretty cluttered with the number of devices we carry around, but soon one thing ...

With a whopping five tracks facing the potential chop in the 2020 Formula 1, due to contracts ...

It doesn’t seem that long ago that practically every family owned a minivan - it was the ...