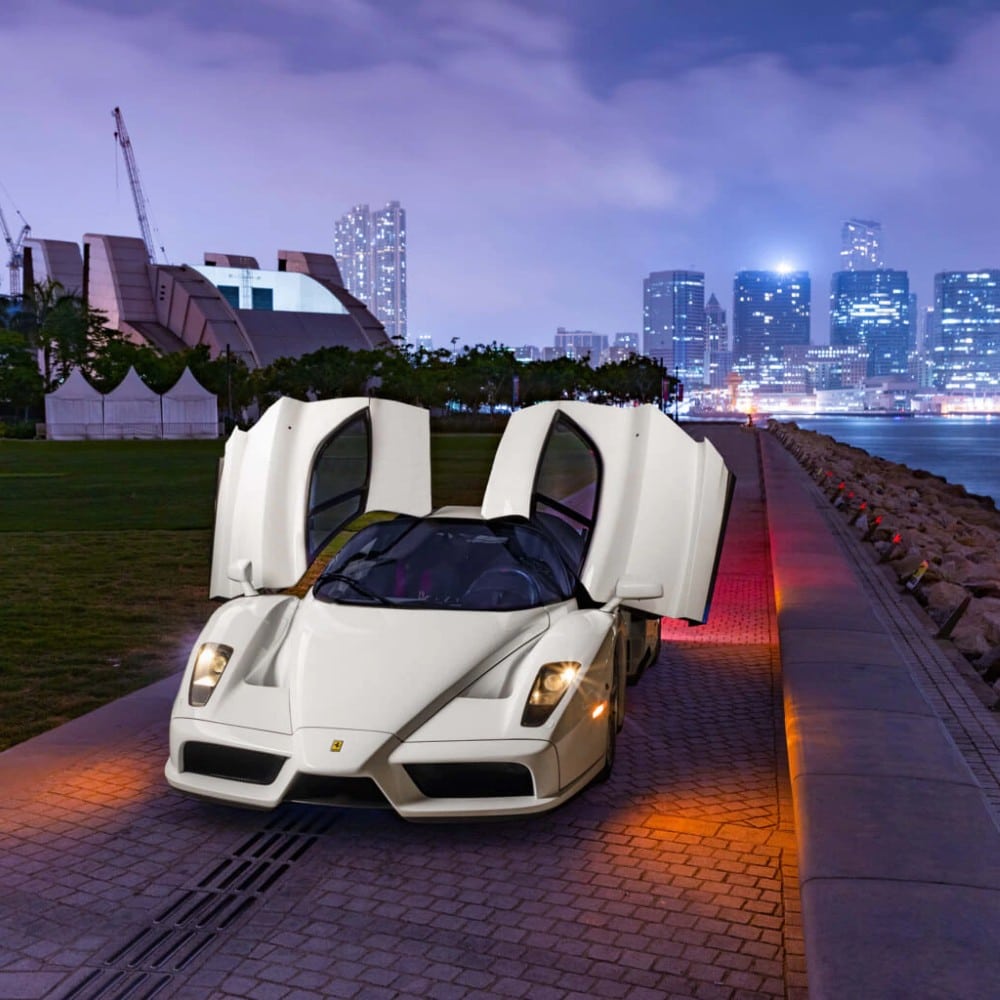 Ferrari Enzo is likely a dream car for many exotic car aficionados. This era-defining supercar is named in honor of the marque’s race-obsessed founder. The car also has created a bridge between modern 2010s-era hybrid LaFerrari and older 1990s-era F50. But even the most ardent Ferrari fans haven’t seen the iconic car in this shade of white.

There’s a reason behind why the color of this car is so unique. The 20 ‘Extracampionario’ cars were finished in a non-traditional color and were only offered to the most loyal and wealthiest customers of Ferrari. Out of the total 400 Enzos, this special one, numbered chassis 133023, is the sole Ferrari Enzo painted in a unique Bianco Avus white out. According to Sotheby’s auction house, the car initially made its way to Symbol Automobiles in Maatran, Switzerland, via Ferrari Central Europe in Wiesbaden, Germany.

Nicknamed The White Enzo, the car is built on Nomex chassis and carbon fiber. Ken Okuyama, the designer of the Ferrari Enzo, mimicked the shape of a standard open-wheel racer car with a skin of a road car, extending over the cockpit and the fenders. The air-cutting profile of the car is created by Kevlar panels and Wind tunnel-tested carbon fiber. The 19-inch alloy wheels are anchored by 15-inch-sized Brembo ceramic-carbon disc brakes, which help in providing stopping power. On top of everything, Lamborghini-Esque scissor doors complete the exotic appearance of the Ferrari Enzo. 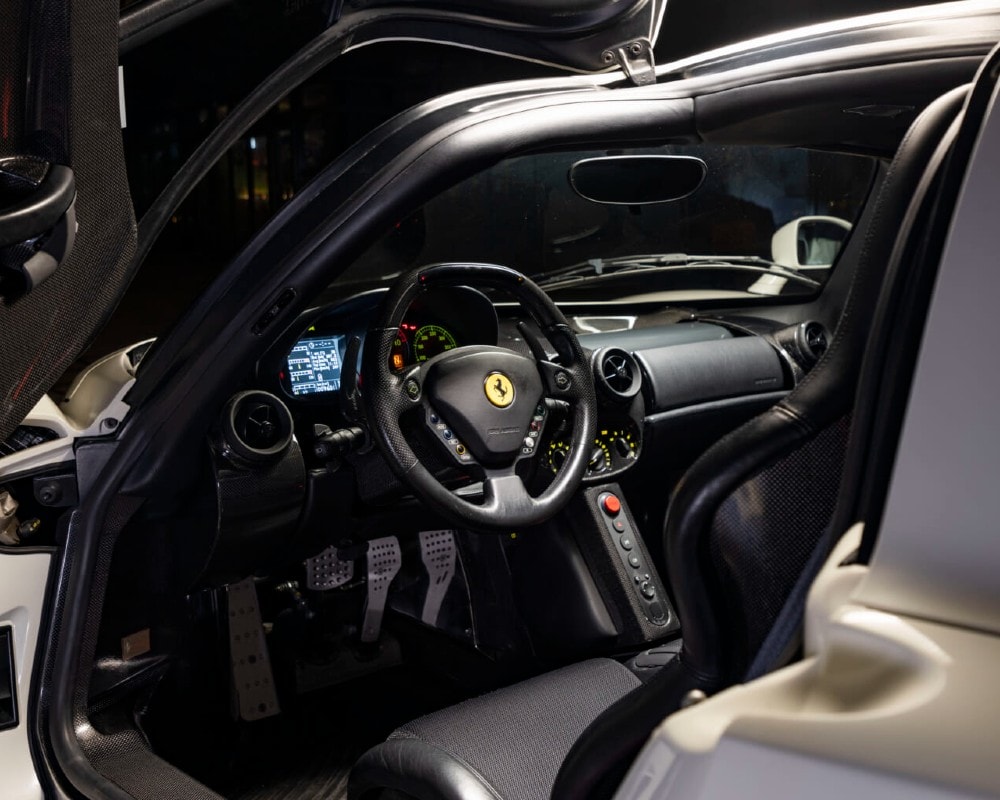 The interior of this Ferrari Enzo car includes instruments in the shade of the quintessential Rossa Corsa red of the brand. It superbly contrasts with the Nero black leather upholstery of the car interior. For much of its life, this chassis 133023 was owned by a mysterious Swiss-German billionaire, who rarely drove the car by himself. Now the Ferrari Enzo is headed to auction and, retaining Ferrari’s original plan, RM Sotheby’s is offering the car to its most astute clients.

The sheer speed you will experience at American Flat Track’s (AFT’s) Oval racing track is second to ...

Trying to get your hands on a performance car can cost you a lot of money. So what are you supposed ...