Even for those who weren’t yet alive to see Goldfinger come out in theaters, which is most of us, the 1964 Aston Martin DB5 that James Bond drove in is one of the most memorable and iconic vehicles in movie history. While other famous vehicles from films have long ago been immortalized in Lego plastic, such as Star Wars’ Millennium Falcon and Marvel’s S.H.I.E.L.D. Helicarrier, the toy giant has refrained from touching James Bond’s signature vehicle until now.

Unlike many of the women featured in James Bond movies, his trusted ride never once betrayed him. Lego revealed in July that by August 1 the replica of the spy vehicle actor Sean Connery drove in Goldfinger would be available in stores and online for purchase. The Lego set, which comes with 1,295 pieces, is difficult enough for kids to assemble that Lego labeled it expert-level.

The vehicle comes with all the gadgets a spy could want if it is built correctly, such as license plates that rotate, allowing Bond to escape detection. In addition, the replica set comes with bullet shields, a concealed phone, machine guns that pop out, tire slashers that jut out of the hubcaps, and an ejector seat. This is sure enough to put a grin on your face, whether you are a child or an adult!

This past May, the actual 1965 DB5 used for the iconic chase scene against Xenia Onatopp’s Ferrari 355 in Goldeneye was sold at an auction. In the movie, Pierce Brosnan and his vehicle manage to seduce Xenia after racing her. The same vehicle managed to seduce prospective buyers at auction, raking some $2.5 million despite the auction house estimating it would sell for less. 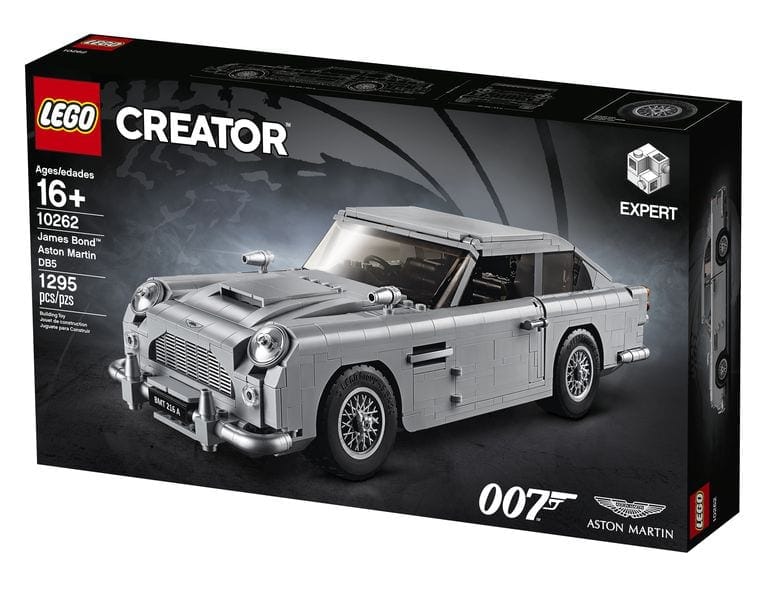 The Lego set is far cheaper than that at only $150. Unfortunately, there is no James Bond Lego figurine to put inside. Until Lego does release such a Bond figurine line, we will need to our imaginations.