Though Rezvani Motors built a sport car with a 400 horsepower engine and a fiberglass body, their newest car is for those who just can’t be concerned by racing over speed bumps over jumping curbs.

The Rezvani Tank offers a six inch lift kit as well as optional body armor, for durability and most importantly, apocalypse protection. Incredibly, the starting price for the Tank, as they’re calling it, is a mere $178,000, which is quite a bargain for a truck of this caliber.

The truck will be powered by a 6.4 Hemi, designed to be capable of reaching up to 500 horsepower, which is all necessary given the breadth of its 37 x 13.5 inch Toyo Open Country M/T tires.

You’ll also get both front and back driveshafts , 1350 driveshafts to be exact, but if that’s not enough, you can upgrade to the Dynatrac ProRock XD60/80 axle set, which will also include an air compressor, air lockers, and the monster 37 x 13.5 inch tires.

For a luxurious touch, you’ll find the interior decked out with leather seats and a thermal/night vision system from Flir. 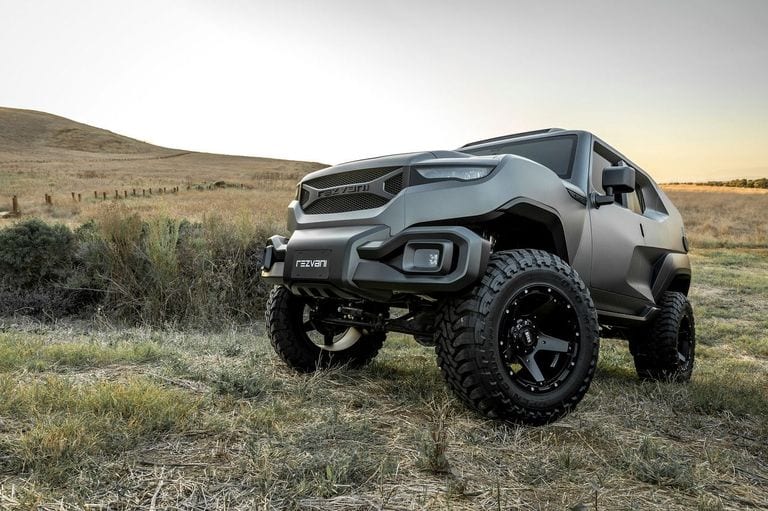 Rezvani’s Tank may bear a striking similarity to the Jeep Wrangler because it was designed based on the same frame that forms the basis of the Rubicon Unlimited.

The company chose this as a way to make sure that the Tank will have global road legal status, but to also lower the money it will take in order to maintain the truck.

This beast of a truck will supposedly fit within a regular two door garage, so those with smaller storage spaces, beware.

In the company’s own statement the Tank is “the world’s first true tactical urban vehicle, built for civilian use.”

The new device is called Car+ Battery Sensor. It’s a gadget that connects directly to the battery ...

Only 24 short hours after big brand names Renault and Mercedes expressed their concern toward the ...