Since the invention of cars and motorcycles, drivers have been drag racing them. We can’t say the same about snowmobiles, at least not on asphalt, but it turns out that drag racing ski-doos are a thing. There’s also a Snowmobile Asphalt Drag Racing Association, which holds competitions regularly, and the yellow snowmobile you’ll see below belongs to Brian Lamb, who recently won an MSDRA race. He took his updated 1999 BRP snowmobile to Byron Dragway and raced a Suzuki Hayabusa in a pair of 1/8-mile sprints. 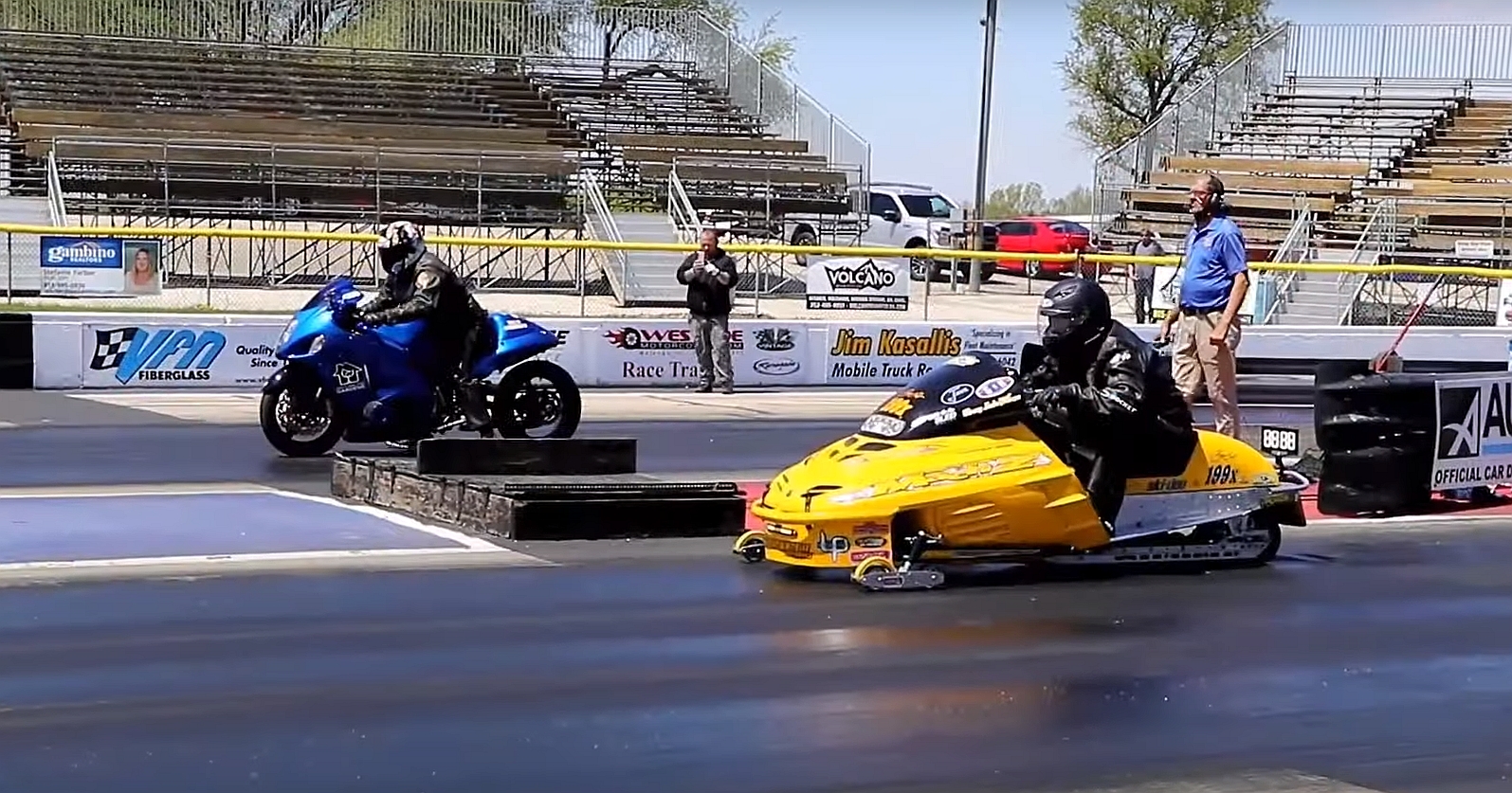 Probably the Fastest Snowmobile Ever

This isn’t your typical Ski-Doo, as you might have guessed. It’s been updated to run on asphalt and has a rebuilt engine that’s ready to go quick on the drag strip. The 0.8-liter (49.3-cubic-inch) two-stroke three-cylinder engine runs on racing fuel and nitrous oxide. It’s also impressively quick.

Before taking on the Hayabusa, Brian ran a test 1/8-mile in 6.88 seconds at 95.30 mph (153.37 kph). While this snowmobile competes in quarter-mile races, Byron Dragway was forced to run 1/8-mile races due to strong winds and bush fires in the area.

With a 6.54-second ET in the first race against the Suzuki Hayabusa, the bike wins. In 6.86 seconds, the Ski-Doo crosses the finish line. Given that the Hayabusa’s trap speed was nearly 20 mph (32 kph), the disparity makes sense. 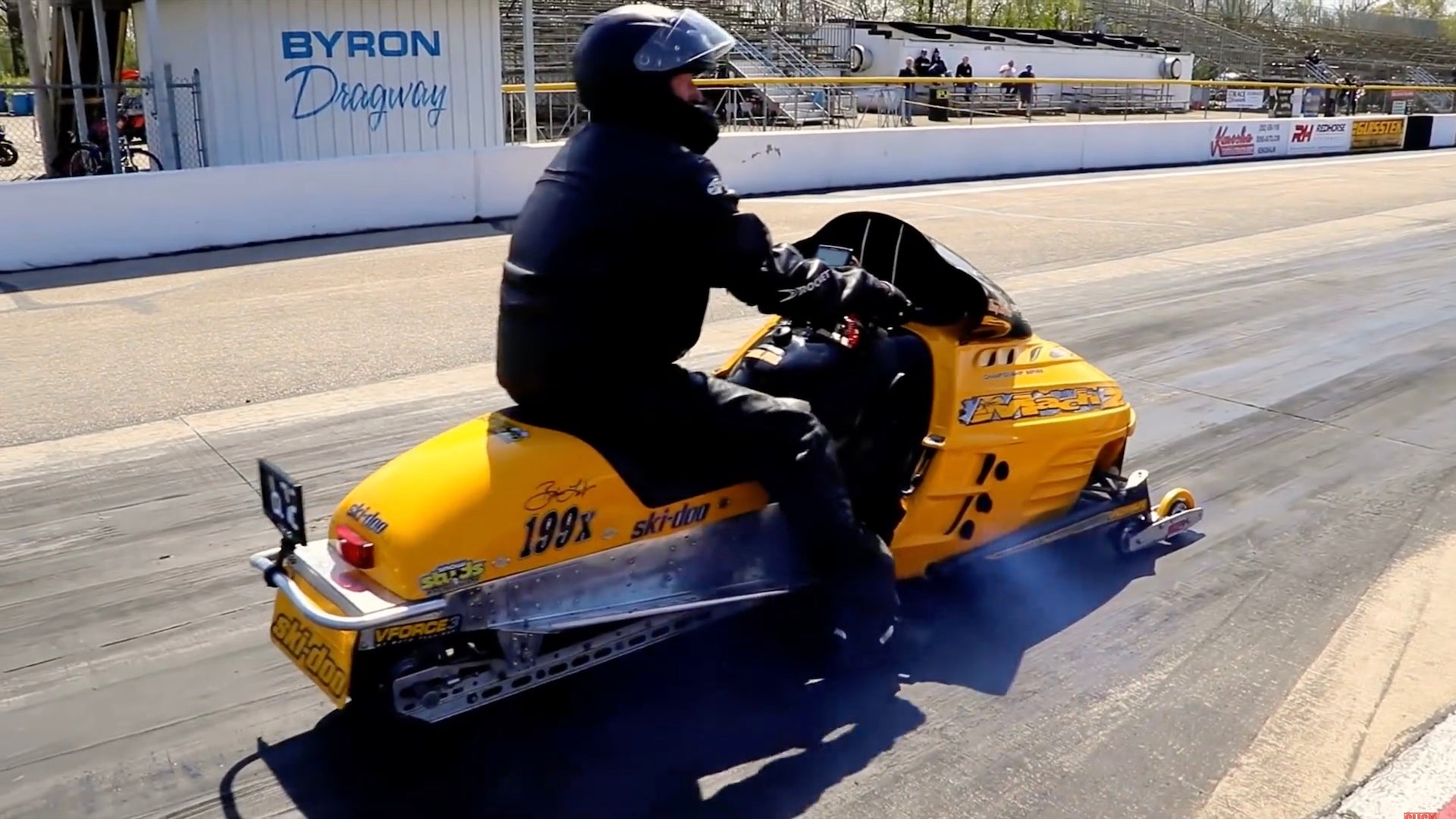 Snowmobile Racing Surely Is Worth the Attention

It’s certainly the strangest drag racing video you’ll ever see, but we believe snowmobile asphalt racing deserves a lot more attention than it currently receives. Sure, they’re not as fast as a funny car and top fuel racers, but it’s a sport that everyone can participate in.

To anyone with a little knowledge of the auto world, Detroit is the cradle of the US “big three” ...