Kyxz Mendiola, an inventor from the Philippines, unveiled his latest creation in the Batangas province. His machine, a flying sports car he calls the Koncepto Milenya, wowed cheering onlookers and camera operators who showed up for the demonstration. 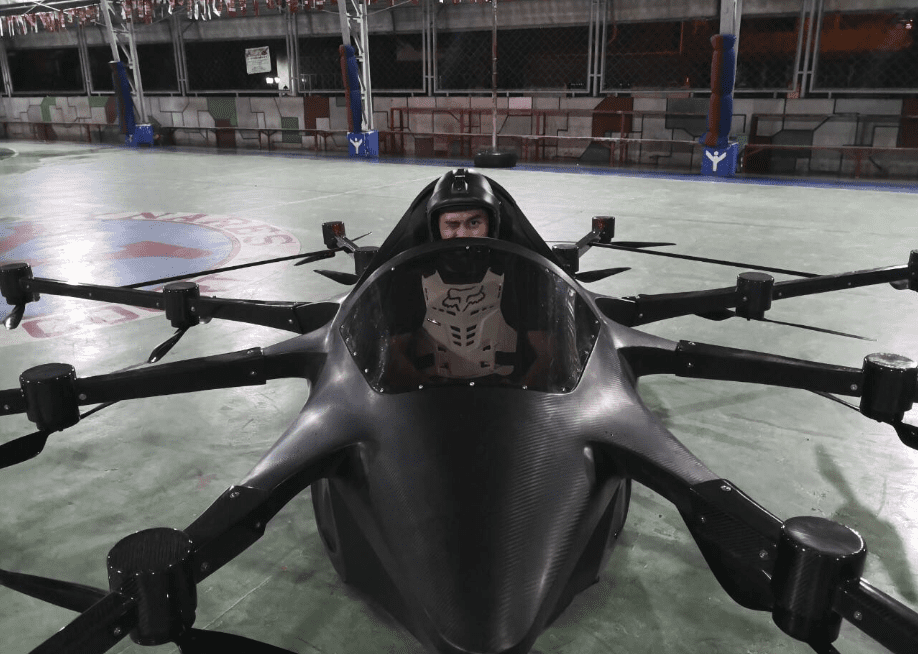 Mendiola claims that his futuristic vehicle could represent the future of transportation. The Koncepto Milenya can fly up to 6.1 meters (20 feet) above ground and travel at a speed of 60 kilometers per hour (37 mph). 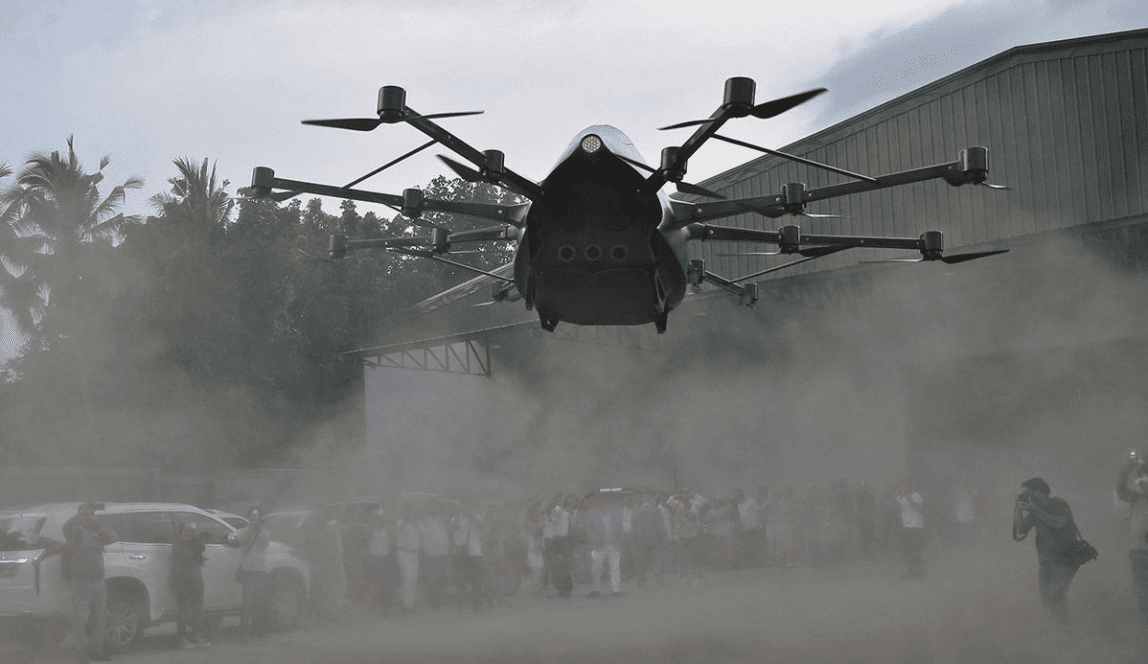 Mendiola, who once worked as a dancer and camera operator, flew his machine out of a warehouse and in the direction of the massive crowd who came to see what all the hype was about. They certainly were not disappointed. Mendiola then spent a few minutes hovering to show the precision of the Koncepto Milenya. Mendiola claims that his vehicle uses a “multicopter” technology which is common among unmanned drones. 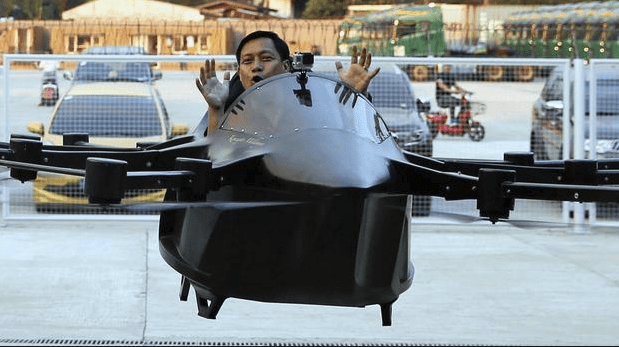 “It was amazing,” said Mr. Mendiola following the first-ever public test flight of his invention. “All the hard work paid off. Everything worked perfectly.” 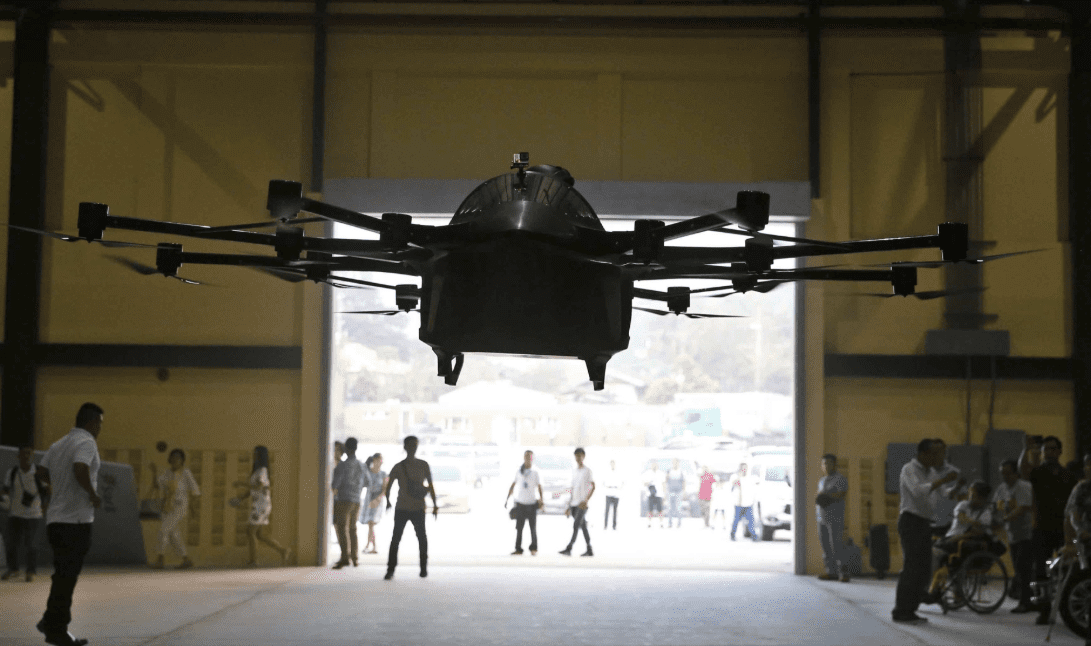 Mendiola says that gathering the funds for his invention was no easy task. The single-seater machine is powered by six lithium-ion batteries, and features a lineup of highly specific components. 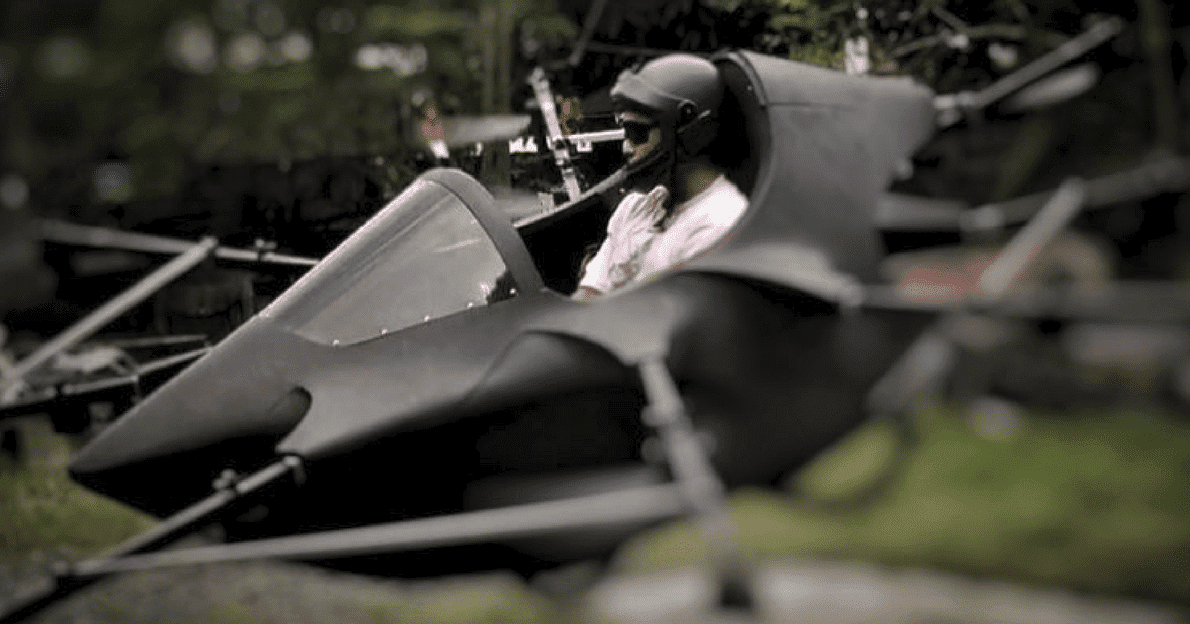 The Koncepto Milenya can carry up to 100kg (220lbs) and is steered with the help of the passenger, who uses a portable radio frequency controller. “Press a button and it will go up, then push the stick forward, it goes forward. It’s very smart, that’s why I’m saying it has a lot of potential,” explains Mendiola. 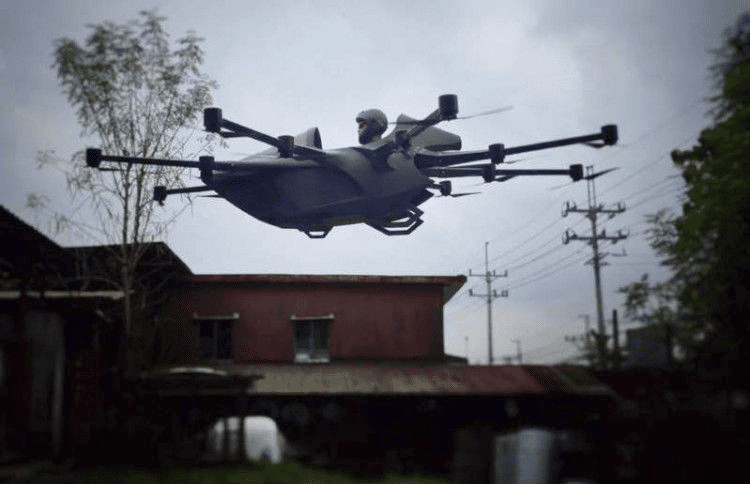 Mendiola believes his machine could potentially save its drivers hours when it comes to traveling through cities like Manila, which frequently experience heavy traffic. “When we have to go somewhere about an hour’s drive (away), this can take you there in five minutes,” he said.

Is There A Doctor In The House? There Could Be One In Your Car Soon Enough

Car technology has grown by leaps and bounds over the past few years, bringing us ever closer to ...