In just a few short weeks, the Cheffins Vintage sale in Sutton, England will be auctioning off a very special classic sports car. On top of being an incredible vehicle to drive, this 1972 Mercedes 350SL Coupe was once owned by Jay Kay, the “Space Cowboy” and pop star from Jamiroquai. Experts predict that Kay’s Mercedes could bring in up to £15,000, or $20,000, at auction. Only time will tell the true value of this vintage classic. 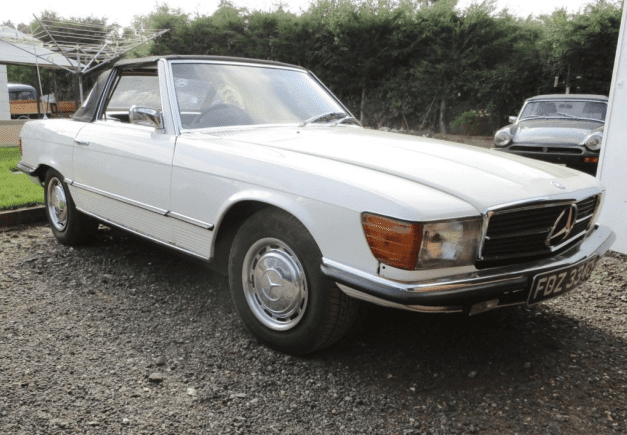 To prove its authenticity, the 1972 350SL Coupe will come with a vintage autographed photo of the pop star standing next to his pride and joy. Turn the photo around and you’ll find a handwritten note signed by Jay Kay himself which reads, “Yes I owned this 350SL. Try 3rd gear!!” 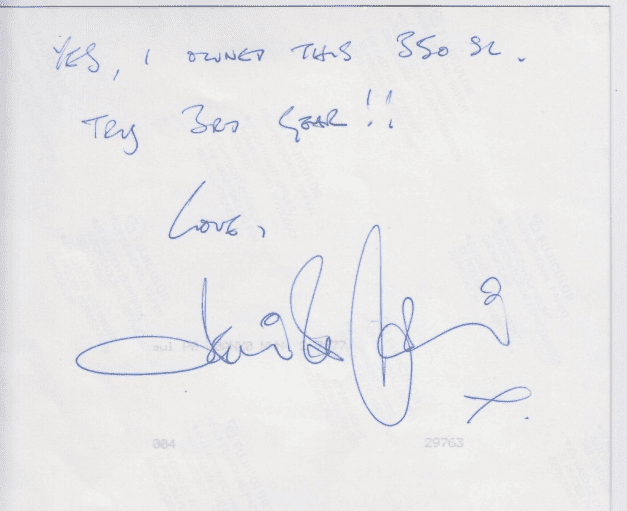 The singer famous for hits like “Virtual Insanity” is not the only famous face to have driven this beast. Quentin Winson and Jodie Kidd have both sat behind the wheel for televised segments about the historic Mercedes. In addition, the sports car has appeared in Classic Cars magazine. 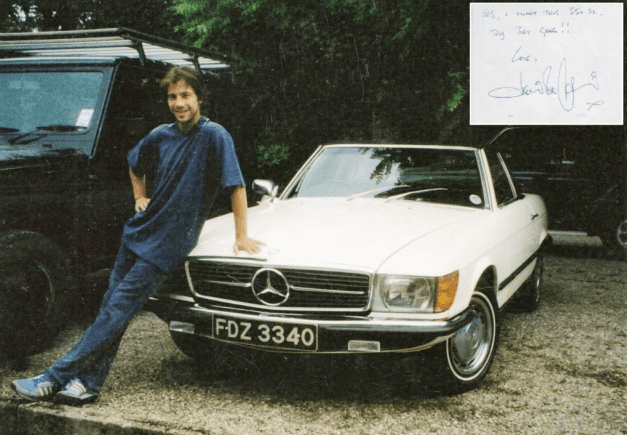 Auctioneers have said that this particular SL is rare because it is manual, petrol-fueled, and V8-powered. Additionally, it is still in its hardtop original condition. Jeremy Curzon, the director of Cheffins, went into detail about the one-of-a-kind machine, saying, “This Mercedes 350 SL is a very desirable car, sought-after by SL enthusiasts. This one, in particular, is very rare in its manual form which is perhaps why well-known petrol head Jay Kay of Jamiroquai specifically wanted this model,” explained Jeremy.

“This is a good, honest car with sheaves of bills and receipts. It will need minor levels of tidying up but it is on offer at a very competitive price. It is the car that has starred both on TV and in glossy mags and with its unusual history is sure to set pulses racing amongst car buyers at the vintage sale.”

Even for those who weren't yet alive to see Goldfinger come out in theaters, which is most of us, ...