Eric Goff, a resident of Corning, New York, first fell for his 1959 Ford F-series panel truck when he was just six years old. Back when his only ride was his bike, Goff used to take regular cruises around the neighborhood. One day, he just happened to come across a neighbor working on the Ford machine. That was all it took. From then on, Goff was hooked. 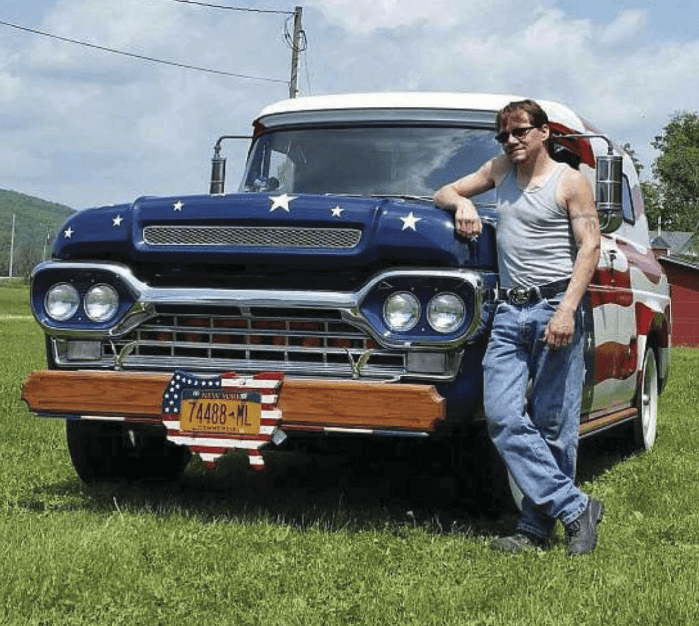 Goff’s neighbor, Robert “Poppy” Moore, lived six houses away from Goff. Once Goff expressed an interest in his neighbor’s car, he began to visit Poppy on a regular basis to learn more about the truck. Eventually, Poppy even took Goff along for rides and let him help out during car shows and parades.

Poppy and his wife, Darline “Gram” Moore, soon became a second family to Goff. As time went by, Goff continued to help out Moore with his truck, constantly upgrading components and making various changes, including the addition of “many lights and horns,” which Goff took responsibility for during parades. 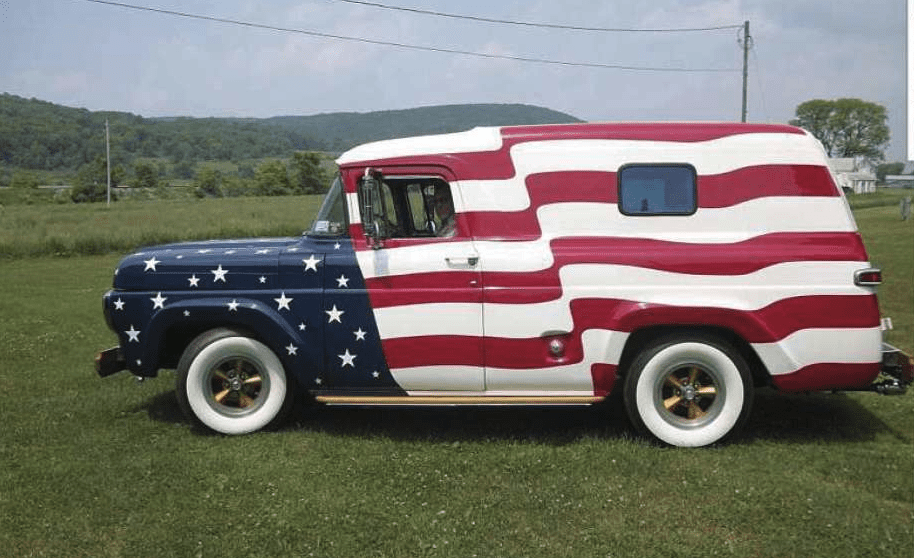 These days, the truck is sporting a patriotic, red, white, and blue paint scheme which Goff completed in the early 1990s and calls the “old glory” paint job. In addition, a friend of Poppy designed a custom chain link steering wheel to match the All-American front license plate holder that Goff himself created. 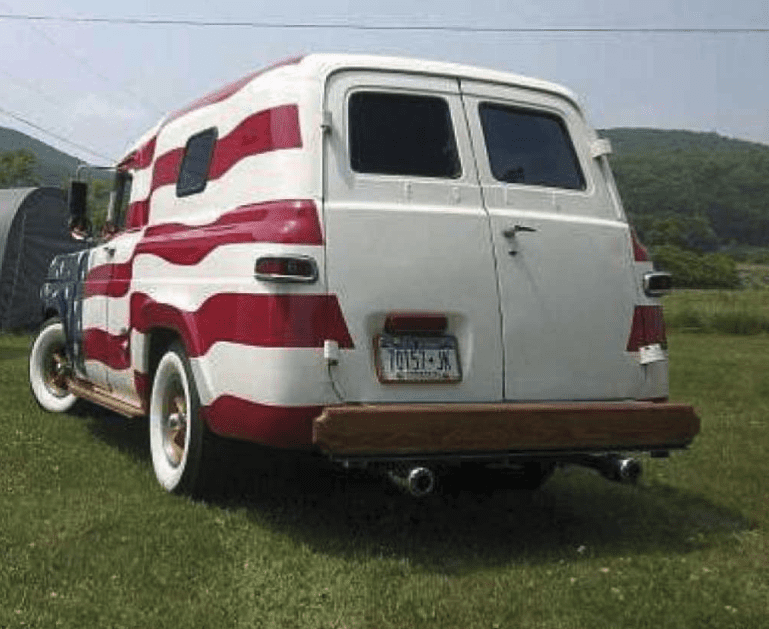 “Poppy was always very patriotic! He was proud of his country and especially his family. Sharing more than 40 years of his life with me, in many parades and working on projects together, including the ’80 Pinto, he was my best friend,” explained Goff. 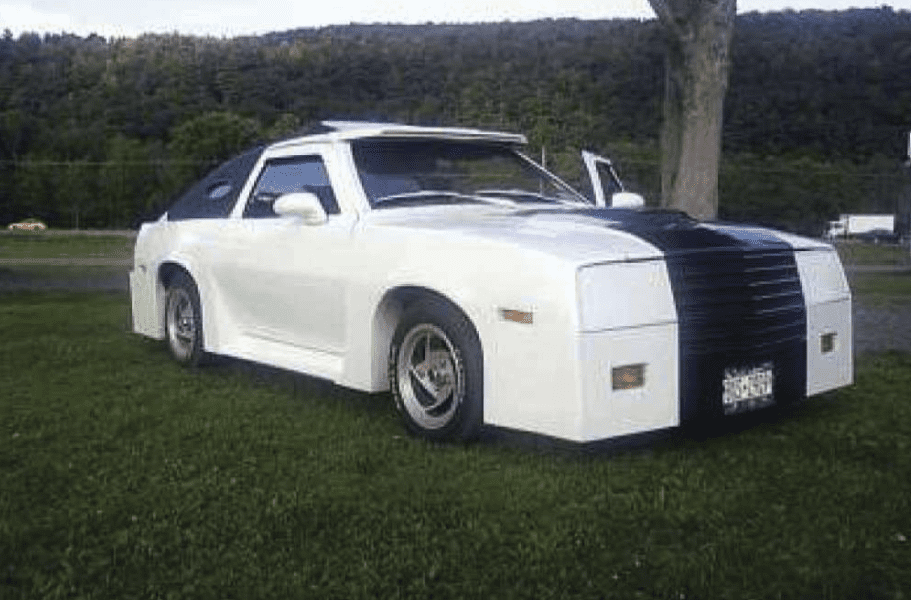 Sadly, Gram passed away in 2016. It was then that Poppy decided that Goff should inherit the truck. Not long after, Poppy was diagnosed with dementia. He died this past April. 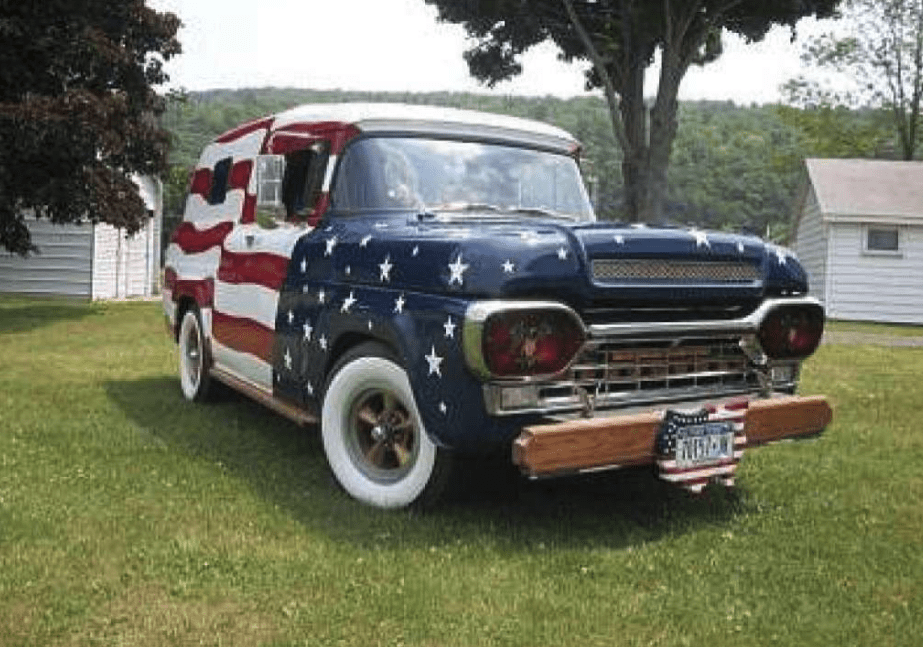 “When someone you love becomes a memory, the memory becomes a treasure. I am honored to carry on his tradition of taking the truck and Pinto to parades and shows. I will do my best to honor my Poppy’s wishes, continuing his parade tradition as long as I am able. Someday I will include a dedication on the panel truck in memory of my Poppy,” said Goff. “I am honored to call Poppy my best friend. He was a great influence and role model in my life. I will always cherish our memories together.”

Pimp My Ride Is Back! Here’s How You Can Watch it on YouTube